In countless gossip and stall magazines, there is an old saying that women have a strong libido when they are in their 30s and 40s.

Women’s peak libido in their lifetimes is usually 10 years longer than men’s: men are about 20 years old and women are 30 years old. Are Women Hornier in Their 30s?

But the study found that’s not true.

According to Nikki Goldstein, a Sydney-based sex doctor, men and women don’t have that much of a difference in libido. Physiologically the best age group is in the 20s and 30s, both men and women.

The so-called “sexual peak” is a fictitious concept.

Originally introduced by the renowned American sexologist Alfred Kinsey in his 1953 pioneering book, Sexual Behavior in The Human Female, it refers to “the period when a person achieves optimal sexual maturity, sexual ability, and sexual desire”.

But scientists have come to find that this approach is problematic.

Kinsey et al.’s discussion of sexual peak focuses on frequency (“desire for sexual contact”, “interest in sexual intercourse”), but does not fully reflect changes in desire and behaviour throughout the life cycle (e.g., a person wants to have sex without a partner). Or a couple has a strong desire, but lack of experience leads to low satisfaction. These constraints are likely to change with age).

Are Women Hornier in Their 30s?

In its article The Mystery of Women’s Sexuality, the BBC states: 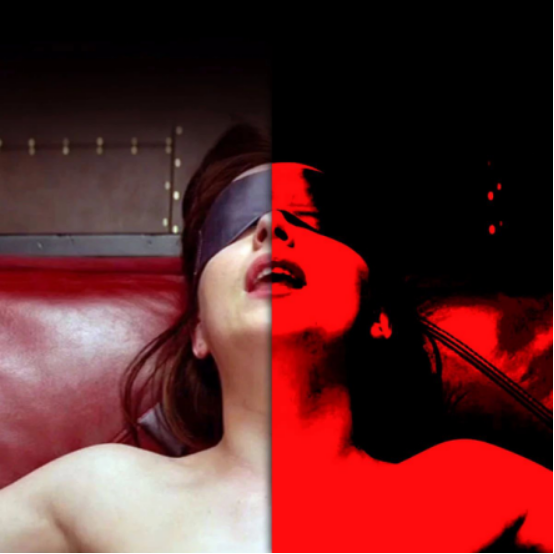 “Researchers have always believed that men have higher desires than women, as a large number of studies have confirmed this. But recent evidence suggests that the gender gap may actually be more subtle or non-existent. It depends on how you define and measure sexual desire. ”

1. In the eyes of men and women, the sexual peak is something different.

In a more granular set of studies by psychologist Alicia Barr in 2002, the sexual peak was divided into four dimensions. They are:

It is believed that when men reach a sexual peak around the age of 22, they have strong sexual activity and libido, but their satisfaction is not high;

Women arrived 10 years later than men at the sexual peak, with high levels of satisfaction, but this did not match their age, which was the most sexually active and sexually active.

These are two different dimensions. This means that the two genders will have different peaks, even though the psychological/physiological responses may be the same throughout the life cycle. 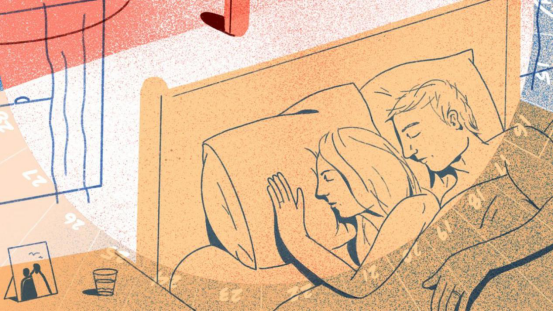 However, when participants were limited to a single “sexual dimension”, the biggest age difference between men and women was 5.5 years.

Although there are still differences, the tragedy of men and women “destined to be largely staggered” has disappeared.

2. If you only look at hormone levels, then Kinsey’s view of sexual peaks is basically correct.

Physiologically, reproductive organs do have their golden age.

Estrogen (and fertility) in women, for example, does peak in the mid-to-late 20s. Men’s testosterone levels do decrease with age.

But “hormonal spikes” cannot be equated with “sexual peaks”. How good (or how bad) a person’s sex life is determined by several factors.

Estrogen, progesterone and testosterone levels in women can all affect libido. Hormone levels fluctuate naturally throughout a woman’s life and are affected by menstrual cycles, birth control pills, pregnancy, peri-menopause, and menopause.

Many psychological factors can also affect how you feel about sex at a certain age. For example, your confidence in your body, intimacy, trust, good communication with your partner, knowledge and understanding of your sexual preferences.

A person at the age of sexual peak may be unable to open up to his partner because of the trauma of the past and have a sexual disability;

A person who is not confident in his or her body may reduce his or her enjoyment of sex because of his low self-esteem, or limit the number of sexual partners;

An older woman may gradually enter a “sexless” state, but may also be in a high state of satisfaction. Among sexually active women, women under the age of 55 or over are most satisfied with their ability to orgasm, according to a survey.

In fact, it’s hard for scientists to predict whether a person’s sexual peak is related to a particular age because every adult is different.

3. “Sex” is a state of mind. Women in their 30s are emerging from the shackles of sexual repression.

One is genital prime, which is biological, hormone-driven and associated with fertility and youth;

The other is sexual prime, which is social and driven by our spiritual, mature and sexual experience.

However, “hormonal models are not an exact framework for human sexual satisfaction”. In general, the older people get, the better their sexual experience will be, and they may even be at their best in their 40s and 50s.

Many women are taught from an age that libido is shameful. They should be “ignorant, pure, innocent, uninterested in sex, sexually inexperienced” (especially in East Asia) – which contributes to the social pressure of “slut-shaming” and makes it difficult for women to control their sexual development and become sexually satisfied adults.

By the time she was thirty or forty, women were gradually free from the shackles of sexual repression.

“Orgasm is a state of mind,” says Gigi Engle, an intimate relations expert. As they approach their 30s and 40s, they may feel liberated about themselves and their partners, which increases their libido and sexual response. ”

This means that as they age, they enter a new era of sexual confidence and sexual discovery:

They began to think that ≠ a shame

Understanding happiness is a human right

Naturally, ask your partner what he wants and what he or she needs

Knowing that sex doesn’t just mean sex, it can help us experience intimacy and explore happiness at any age

The same among men. Nikki Goldstein says that while young boys have more stamina, their teenage sex life is often not very good. Men in their 30s may still be more confident because of experience and understanding, even though testosterone levels have dropped.

For example, a man may not be fully gay until he is in his 40s. His sexual peak may not have arrived yet.

Therefore, “women in their 30s and 40s have high libido” such statements, people most enjoy the time frame to die at a fixed age, not only ignoring the background of sexual desire is stimulated, but also do not consider individual differences. It’s been studied for a long time.

“The level of desire” is not the right age, change is the norm.

“One of the tragedies of many marriages stems from the fact that men are most eager for sexual contact in their early years, while women’s responses remain underdeveloped, and she is still struggling to shake off the repression that prevents her from participating freely in marriage. But over time, most women become less depressed and interested in sexual relationships, and they may stay in their 50s or even 60s. By then, however, the average male’s response may have dropped so much that his interest in sexual intercourse, especially with a wife who had previously objected to his request, may have plummeted. (Kinsey, etc., 1953)

But now we know that this is not a party’s desire is too low, but “the difference of desire.” In the final analysis, it is a matter of communication and consultation.

“When you’re in your 20s, you’re usually in an exclusive relationship and you’re free to have sex, which is why women may be more sexually expressive during this time. But it’s not realistic to say it’s sexual peak. Because human libido is not a mountain, it doesn’t mean that everything goes downhill from here on – it’s just at a high point, and of course it can be kept high. ”

I wish you more sexual freedom!