Niece Lulu was four years old when she started kindergarten.

The teacher asked the children in the class to arrange their homework by hand. So Lulu and I spent a day doing a doll.

The picture of the ♥: 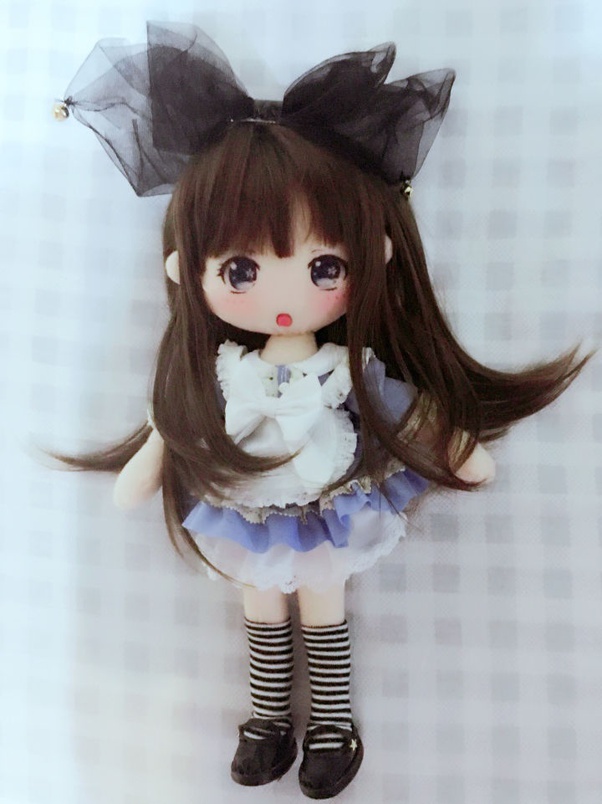 Lulu was very happy to take the doll to kindergarten. In the afternoon, Lulu ran over crying, holding his head and body parting the doll.

It was another little girl in Lulu’s class (called Cabbage) who, after praising the doll’s good looks, asked Lulu if she could lend her a moment to play. Lulu said yes. As a result, after a while, when cabbage returned the doll, the doll’s head was removed.

The doll’s head and body I sewed, at least reinforced two double lines, if not very hard pull, certainly will not fall off, it must be another little girl deliberately.

Then I went to the supermarket next to the kindergarten and bought twenty cartons of milk and hid a box of my own. (Lulu class a total of 20 children) let Lulu take me, one by one to the class of children sent. To the cabbage desk, I took a look, pulled Lulu straight past, did not give her. Cabbage followed us for a little while, and found that although I had been looking at her, but did not give her, did not follow. For a time, the class was full of children holding milk cartons. The cabbage looked at us for a long way, and he didn’t come over for milk. But before it was finished, the little girl began to cry in a grievance.

And then I walked over, crouched down and said, “Look, people treat you unfairly, you’re going to be sad, right?” Then you have destroyed other children’s toys before, you are also treating others unfairly, others will be just as sad as you? ”

The cabbage nodded and admitted his mistake, so I gave her the carton of milk I had hidden.