For your convenience, I will use the first person to describe.

Hypermemberative disorder, also known as complete memory, refers to a person who has extraordinary autobiographical memories and can remember the main personal experiences and events (no choice in memory) in his or her life. 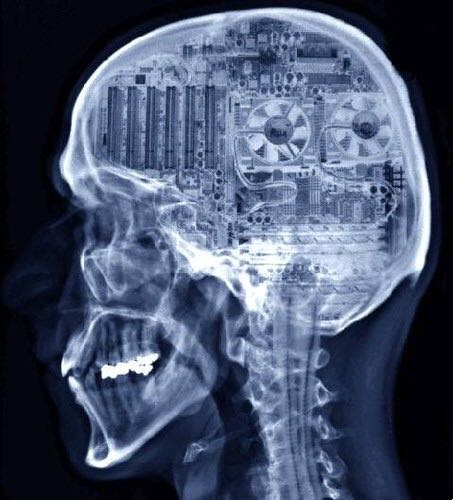 Monologue of a patient :

I began to find myself different from others when I was 5 years old, to be exact, on November 2, 1990.

It was a windy Friday, the weather was a little cloudy, and when I got up in the morning my mother told me to wear more, because today began to cool down. As soon as I entered kindergarten that morning, I was caught by our Sun teacher because I was fighting with a little fat man named Sun Yu. Miss Sun is a very gentle female teacher, that year she was 23 years old, just graduated from college, that day she wore a warm yellow line dress, combed a very good-looking ponytail.

She took me and Sun Yu to the corner, asked us why we fight, Sun Yu shook his head blankly, said: “I don’t know, he came in today hit me, said to find me to settle the bill.” ”

So she asked me what I was going to do with him, and I told her, “He kicked me in the buttocks three days ago when I came home from school three days ago, so I hit him today.” ”

Sun teacher smiled and touched my head, said children should love each other.

I said, “He didn’t have a friendship with me, he kicked my ass seven times from knowing me to today, scratched my ears five times, and pinched my face two times eight times.” ”

At that time I only learned arithmetic within 10, so I can only describe 16 in this way.

After listening to me say so, the original smiling Sun teacher suddenly solidified his expression, she let Sun Yu into the classroom, and then took me to the director’s office to call my mother.

Then there was no suspense about the development of things, they were surprised to find that I was an abnormal child, I can clearly remember every detail from the beginning of their own accounts, detailed to every meal every day what to eat, tv broadcast what program what news, the weather is good or bad wind or rain, even who where and I said what, every picture is in sight, as long as I go to remember, they are as clear as a movie. And there is no gap except the time of sleep.

And I also began to understand from that moment, the original person is a kind of “forgotten” animals, they will be in front of this so clear, real and non-stop flowing picture in a flash to forget a clean, even their own words, things done, heard the song, read the text can be ruthlessly put behind a period of time, and forget the rate and efficiency are so high, as if the watermelon after the juicer left behind those poor residue, I’m even a little worried that they won’t forget who they are one day.

But I myself can not experience this “forgotten” feeling, as if the living people can never understand the “death” of the nihilism of the general, I can only helplessly sit there, watching the family because I will be the night before the news broadcast word for word after the surprise and panic of the eyes, and then sadly talk about what kind of disease this is, will have an impact on the development of the brain and other topics.

The adult world was ultimately utilitarian, and when I recited a lot of text in front of my neighbors, I saw my parents’ proud eyes, even though it took me less than an hour. And when they call, they just shout “uncle” or “aunt”, I can complete the number to report out, than check the phone book is much more convenient and fast. Even my grandmother would ask me questions like “Where’s the stitches” and “Who am I going to visit in the morning” and they haven’t discussed the structure of my brain since, boasting that I’m a smart kid.

But I’m not really a smart kid, it’s just that my mind is as cold and accurate as a computer.

Many years later, when I entered a well-known university in the country with my first place, I learned that my illness was called hypermetic.

Patients with this disease memory will be different from the common people, can remember every detail of life, will not forget, this is why I can easily enter a famous university, I have basically not seriously studied anything since primary school, as long as I have read the book, the class, the questions done, to the examination can be like a movie in the mind playback, like cheating. Because my logical thinking ability is not so outstanding, just remember the original topic, so my math has been bad. But all the textbooks in the three years of history and geography, I read them all in a week, and since then the size of the exam and the open-book exam are the same, my answer has always been word for word, even punctuation is exactly the same.

As far as I know, there are only a few people in the world who get this disease, and no second person is as ill as me.

I was very happy from an early to large, because my parents never worried about my study, and I also because of my special ability to make a lot of friends, I will tell them all kinds of jokes, tell them strange stories, tell them about any day of the interesting things that have happened, and even tell them one day in a certain month of a year, what clothes they wear, where to say a word. And they would listen with relish, staring at me like they were intoxicated, as if they were listening to someone else’s story.

It was at such moments that I began to envy them, the kind of things that came out of their eyes. I’ve never been able to understand their nostalgia for memories, they always pick up a postcard from years ago, gather around to reminisce about an old yellowing photo, or even watch a movie I’ve seen a long time ago, all of which don’t make any sense to me, after all, they’re all very clear in my mind: every word of the postcard I can write down silently, what’s going on in the photo I know at a glance is the moment of the day, and every plot line of the old movie, I can lie in bed and close my eyes and show it all over again.

This is a kind of painful envy, and even gradually become a kind of jealousy, I feel like a person without memories, because my mind only memories.

I began to become depressed and happy, and no longer willing to contact people, in college I began to skip classes, hide in the dormitory to play a day of games, or in the library to read an afternoon of books, or even just sit by the lake, do not think about anything, because these are in addition to sleeping in the most effective way to reduce memories. As long as I do not create memories, then I will not have memories, I silently think, looking at the clouds in the sky, watching leaves fall from trees to the grass and then roll down the road, watching the young people in a hurry, and the passage of time.

Until one day, I met a girl named Ice.

Unknowingly has written so many words, I went to dinner first, and then tomorrow to update the follow-up.