It’s a true story about my sister, an obstetrician and gynecologist. 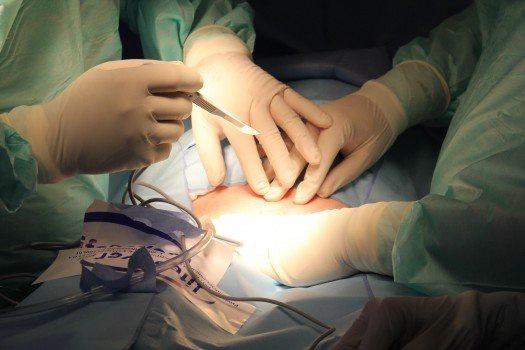 Sister works in Sanjia Hospital and is the attending physician. One night a 17-year-old girl with abdominal pain was referred by a medical department. Because the little girl strongly denied having sex, the pre-screening desk told her to go to surgical department first. The little girl has a typical history of extraterrestoral pregnancy, menopathy 50 days, vaginal small redness, abdominal pain half a day, B super prompt attachment block, pelvic cavity has fluid accumulation. But the girls and parents refused to check for beta-HCG. There is celiac fluid with abdominal pain, can be celiac puncture extraction fluid, clear fluid is exactly what. Sister is very easy to draw blood from the abdominal cavity. Although the little girl bite death does not admit to having sex, the sixth sense of occupation makes my sister or their own test not clotting blood, found hcg is positive. That is, the little girl must be pregnant. However, the little girl’s parents could not believe the fact that their daughter was pregnant, insisting that the hospital had misdiagnosed, refused the operation and refused to sign. At this time the little girl’s face pale, there is shock performance, no more surgery, at any time there is a danger to life. In China, there is no way for a doctor to open a knife without the family’s signature, especially if the family is present and refuses. Even more speechless, the little girl’s parents asked to be transferred to the hospital, according to the girl’s situation at that time, it is likely that the transfer on the way to death. My sister can only coax and cheat.

It’s possible that the sperm in the swimming pool caused the pregnancy.

The little girl’s parents believed their daughter was pregnant because of swimming and eventually agreed to the operation. Finally is really a race against time, direct green channel into the operating room, surgery is clearly Ectopic pregnancy.

The little girl’s life was saved, the result let the teacher sister heart-tingling is that half a sentence of thanks did not, but also to refund money. Because the little girl went to the surgery to check for some blood, and before the operation to prepare for some blood (preoperative blood), some of these tests were repeated. Of course we admit that there was negligence on the part of the medical staff, but the situation was very dangerous, preoperative blood testing was also necessary, and some of the blood test results at the time of the surgical examination did not come out, so it is inevitable that there will be a bit of duplication. Little girl and family insist on teacher sister to refund money, in fact, refund sister can also accept, after all, this piece does not do enough to perfect. But the family’s attitude is chilling, as if the hospital owed them money, in fact, it is only a few hundred dollars. Because the refund in the hospital is to go process and time, the family because of a moment did not get the money repeatedly quarreled in the department corridor. Finally, the hospital in order to rest people let my sister pay to lose to the family, my sister cried a big, not for these hundreds of pieces, but really wronged …

Some people, living is an insult to our good people!