This topic reminds me of watching monkey show some time ago.

Monkey playing, which was once a means of livelihood for some street artists in China, was not new. At that time, many places could see some monkeys tied with iron chains. These monkeys can perform a variety of juggling under the command of street artists, which makes onlookers laugh and pay for them. 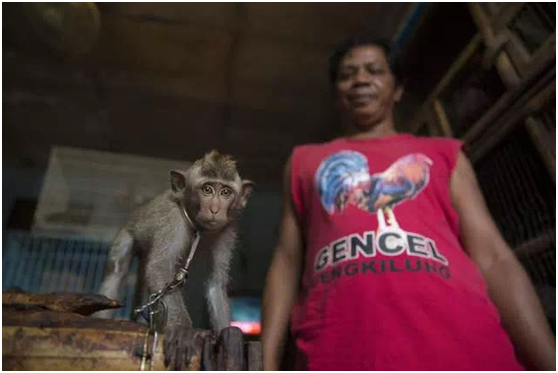 One minute on the stage, ten years of hard work under the stage, not to mention a monkey?

Looking at these heartbreaking photos, you may know that there is too much unknown pain and heartache behind the monkey to become a qualified “performer”. 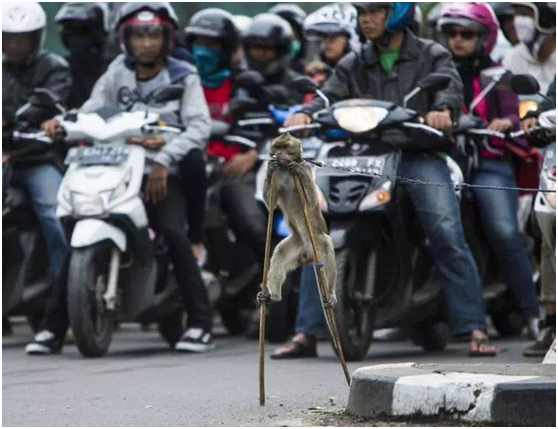 In recent years, with the strengthening of animal protection awareness, this phenomenon has been improved in China. However, in some areas of Southeast Asia rich in monkeys, monkey playing has almost become a symbol of local tourism culture.

On the streets there, you can see all kinds of monkeys with chains, bicycles, or masks. 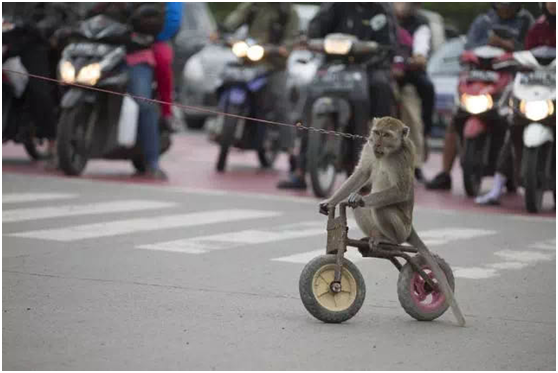 These monkeys are usually chained to their cages by people with iron chains. They also practice a variety of performing actions every day. They also perform hard for tourists in the street from time to time. Once the monkeys don’t obey the orders or make mistakes in the performance, they may be beaten violently or even killed by their owners. The survival situation is very difficult. 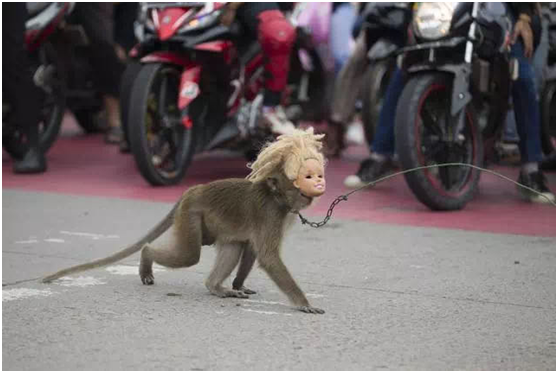 There is also a very special market in Indonesia – Monkey market. One monkey after another is sold on the street. The price of them is very cheap. One monkey can only be sold for 5 dollars (about 35 yuan in RMB). Such a low price can not even buy a chicken, but can buy a clever monkey. This also makes the monkey market very popular. 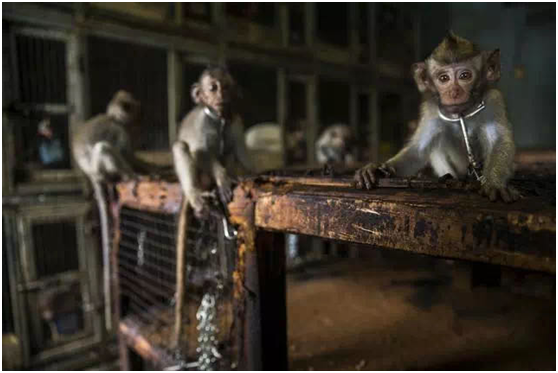 Many people who see this phenomenon for the first time think that it is “so incredible”: people will feel so excited and happy to see monkeys in the wild, but it is very sad to see these monkeys tied with chains in the market and forced to perform juggling. 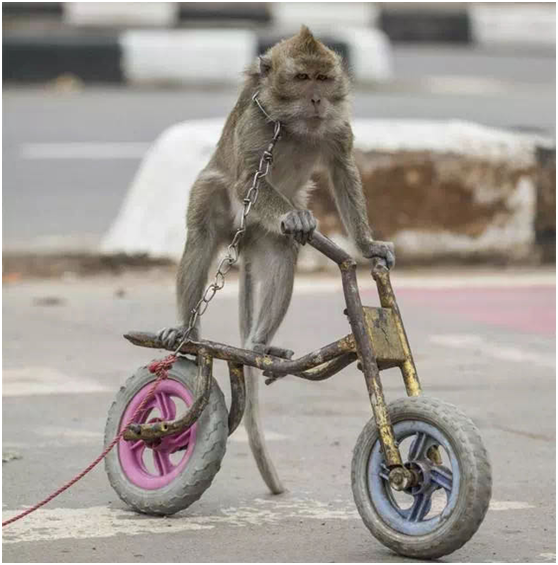 Hopefully, some day in the future, there will be some laws against domestic animal abuse, when the situation of these monkeys may change.